Today I took leave to bring Ryan to an interview at a prestigious secondary school, as part of his admission application. We have much mixed feelings about him applying to these schools, especially because of the stress of going through GAT tests, interviews, selection camps, and also about whether going to such a school is really necessary, or good for him? Right now we are taking the approach of letting him apply, and supporting him through it, while praying for the Lord to show His good and perfect will for him by opening or closing the doors.

In any case, it has been a growing process for him as he asks himself questions (in preparation) such as why do I want to go to such and such a school, what subjects would I like to study, he even brought along his social studies projects on ''homelessness" and 'nuclear weapons' to show. Here's the cover I did for him! 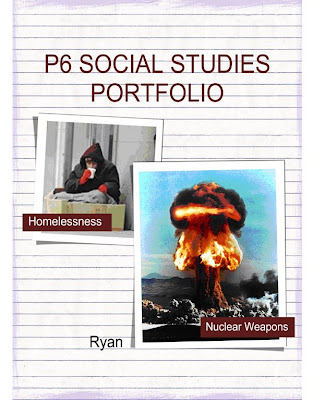 Before he went in I told him the best thing to do is to be honest about his answers, no need to try to impress. And guess what? When they asked him what are the qualities he has that got him selected twice as model student, his answer? " I really don't know! " Haha! That's my son, I'm sure they'll remember him! He did finally go on to describe what he thinks was the selection process. Great answer, don't you think? So proud of him! :)

I had been lending digi scrapping supplies for my children's many school projects. Here's a maths game project Jared did using the Yellow Submarine kit by Faith True. Cute, isn't it??

Since I was on leave, had some time to complete a few more layouts. Here's shots taken around our hotel in Langkawi, so beautiful I had to make a layout just for them! 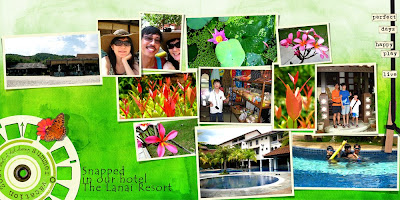 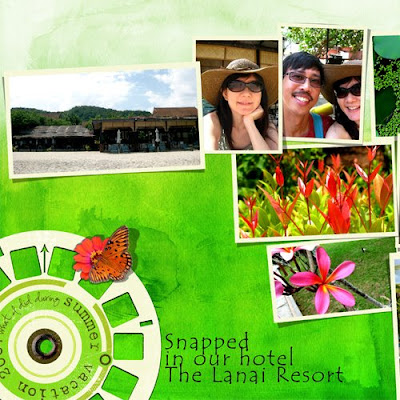 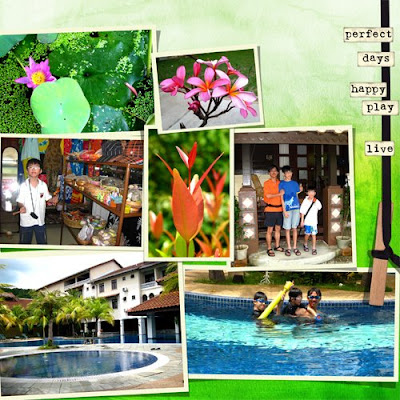 And here's photos from an island-hopping boat trip we took. For some reason the boys did not inherit the love of the sea from me and dh (who dreams of diving with his sons one day), they are terrified of speedboats, the bumping off the waves, and generally grit their teeth every time we do boat trips. Still, they are improving, and this time they only had to close their eyes and braved it :) I'm sure those diving trips will be coming up soon! 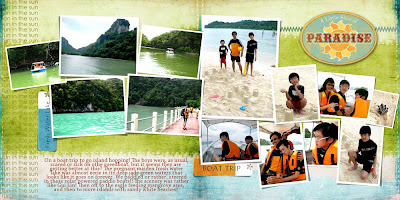 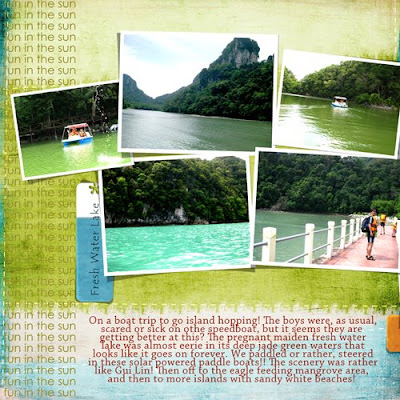 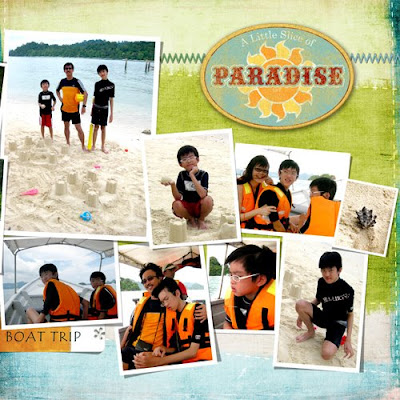 The templates are in the store here

And here's one more layout from the boat trip in Langkawi, to watch eagles feeding - quite an awesome sight - sitting in the boat in silence, watching them swoop down and then up with such precision and stateliness. 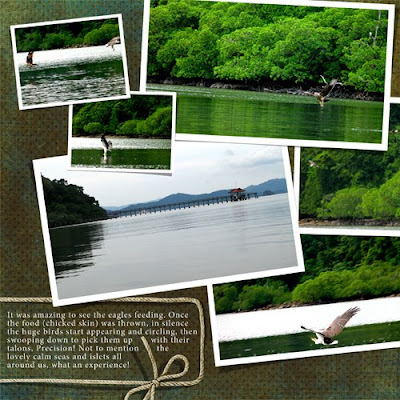 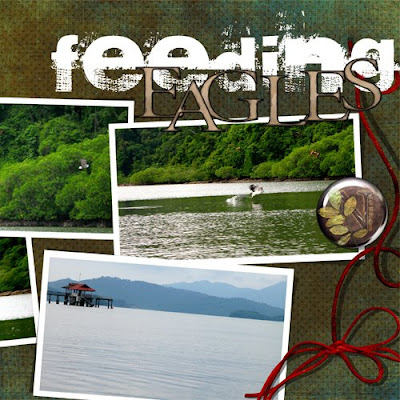 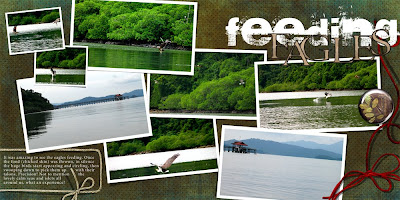 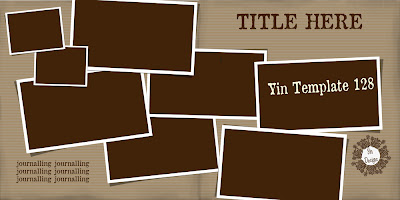 This template is now available as a set in the store HERE
Posted by Yin at 3:11 AM