The best and most wonderful blessing this month is that my father-in-law has put his faith in our Lord Jesus and he was baptised in a beautiful and moving family service last week. Our family give thanks and praises to God for this awesome blessing!  Despite being hospitalised again for a few days in late September, he is steadily on the mend health-wise too. So thankful. 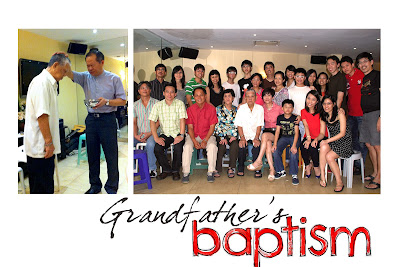 I will be making a photobook of this significant occasion and plan to give a copy to each of the seven families in the family. Hoping I can make the book as beautiful and meaningful as the occasion has been!

More Blessings of the Everyday

Daily life can be mundane or ordinary, but it is a glimpse of our lives at this point, and I love looking for the beauty and fun and funny and interesting, and recording them - I do love looking back, and maybe one day my children or grandchildren might too!

Project 365 for August
Daily life pictures include fresh fish at the market, solid colored T shirts that J insists on, household cleaning supplies (that iphone picture was for my shopping list), our new ikea battery-operated milk frother, visiting grandpa at the hospital, and more. I really liked the word art by Jen Wilson 'Open your arms and welcome the joy of today'! 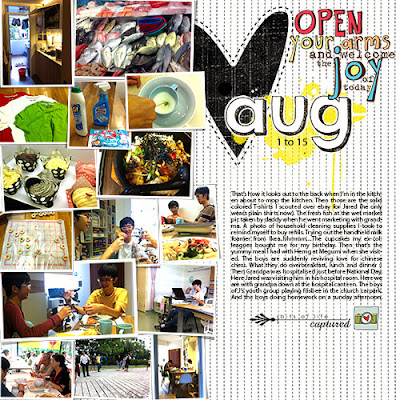 A lot of days in the 2nd half of August was spent bringing home and sorting through boxes of stuff we had in storage, a lot of purging and reminiscing, I might blog about this some time. What does it mean for a hardcore memory keeper to purge, downsize and simplify? It was tough but necessary! 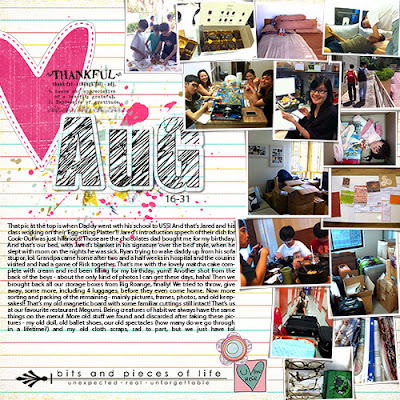 Project 365 for September
Are we in October already? Where has the time gone?
Well, it appears that in September we visited the Comic Convention, watched a movie, had friends over, visited grandma (my mom), caught some bollywood filming action near my office during lunch break, played games, enjoyed delicious mooncakes during the mid-autumn season, and played more games. 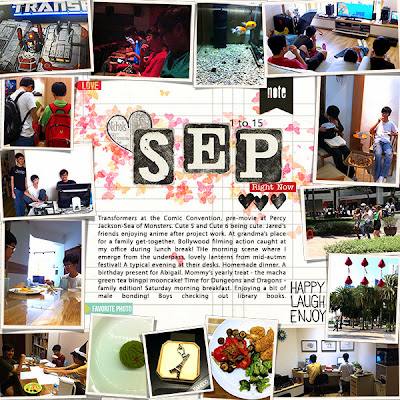 And won a recycling bin design contest, met friends to celebrate my belated birthday, enjoyed the Great outdoors, caught some of the Singapore F1 action (without tickets), spent time with grandpa at the hospital, chanced met Ryan at the bus stop on our way home, made a homemade Shogi chess board...So that's where our time went! 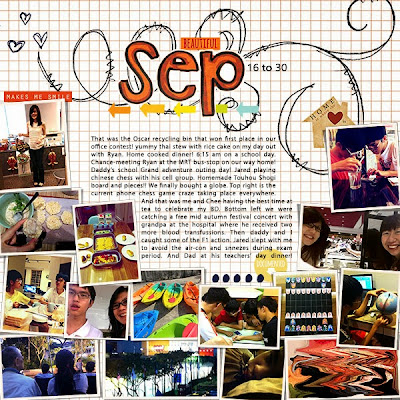 Project Life - September
I selected the stories I wanted to tell, to amplify in Project Life for Sept - only 1 double page spread with an insert. First up, the Comic-Convention that the boys attended, that sparked off all things geeky at home, hehe 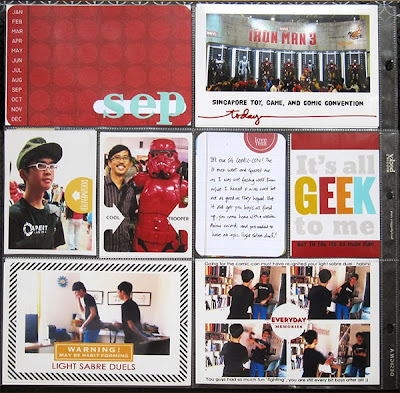 I spent a wonerful morning with R at his school boarding open house - he opened up and shared so much about school and friends with me, pure magic from mommy's point of view! 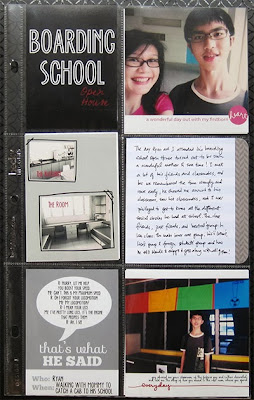 Just some random stories, a favorite photo taken on my morning commute, Our favourite coffee brews, and story of Ryan reading all the Harry Potter books in a week.(He never did want to read them in the past, and suddenly he starts and reads through in a week!) 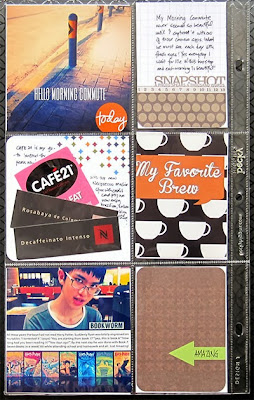 More pictures of time spent with family and friends, all part of this months' many joys! 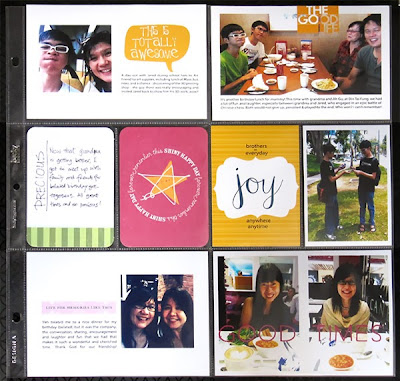 Linking up at The Mom Creative - head there for lots of inspiration!!

Beijing Pages
I continue to chug along on my Beijing album, it's now nearly two years from that trip 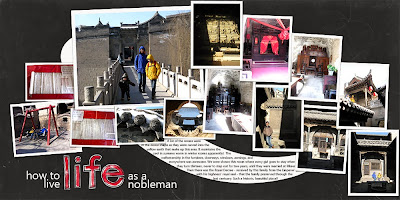 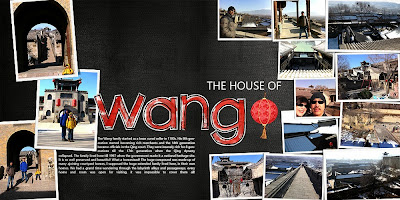 We also visited nearby Zhangbi village, a village with an underground fortress set up in the 14th century by invading Mongul armies, who later settled here with their families when the Yuan dynasty flourished. Our English speaking guide was a descendant from these Mongolian people and still lives in the village! They consider themselves chinese now and were very happy to see that we overseas chinese are still able to speak the language and are proud of our heritage. Incidentally I have been told that in my ancestry on my father's side, I had a Mongolian great, great, great grandmother! 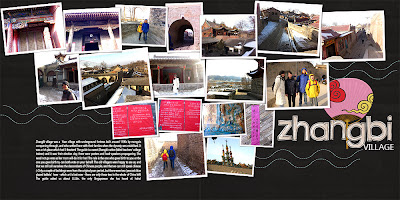 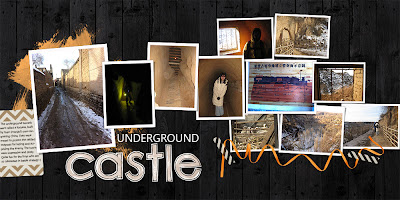 And finally a layout to remember almost totally authentically original guesthouse in the old city that we stayed in. Way cool! 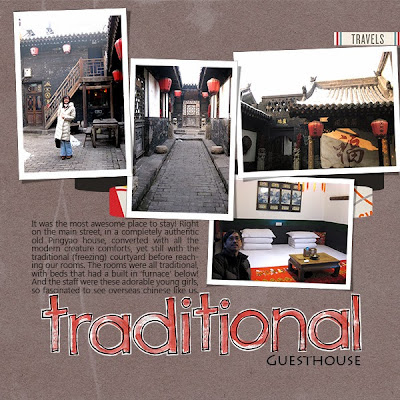 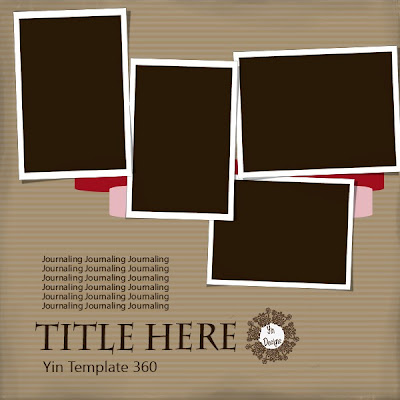 This is now available as part of Template Pack 7 in the store. Thanks for your interest!