Tonight our news is full of the US Election results! Although we do not know much about US politics, we followed this elections with interest. We pray that Mr Obama will lead with wisdom and understanding and insight and foresight. What a historic time we live in! And amidst all of this, we carry on our ordinary lives, :)

Yesterday was "Be Yourself Day" in local schools. Instead of the school uniform they wear everyday, the boys get to choose to dress up as anything they like, preferably dressing up with recycled stuff instead of bought costumes. We don't celebrate Halloween here, so this promised to be fun.

True to form (or rather, their personalities), Ryan did not want to dress up but went as 'himself', donning his usual weekend clothes. Jared, on the other hand, had high hopes of going as "obi one kenobi", and drew up an elaborate list of costume bits, including a brown 'cloak' I was supposed to sew for him and a beard he was going to devise out of cotton wool and wires! After much trying out, he went as Luke Skywalker, wearing my t-shirt, his brother's socks, my belt, and the rest of his own stuff. He was rather pleased with it, except that he did not have blond hair and wore glasses. :) 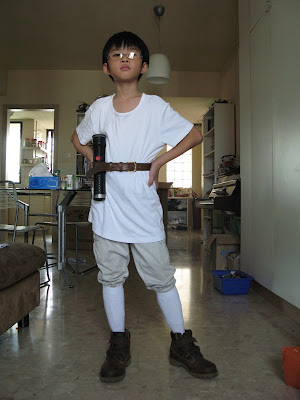 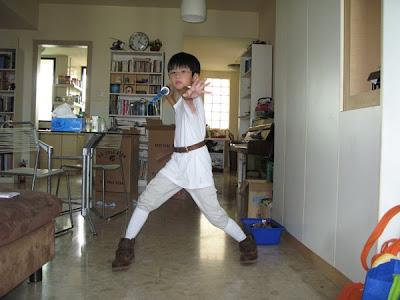 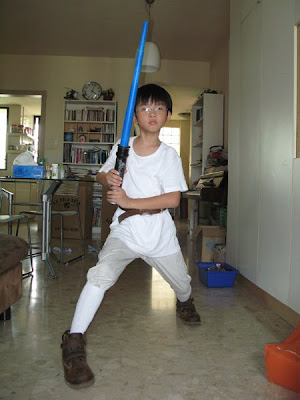 This brings me to this week's layout from Orlando, this one where Jared got to fulfill his dreams and got a stint at the Jedi Academy where they train padawan. It was definitely the highlight of the trip for him! Can you spot him? He's one of the tiniest one in orange T and blue jeans. 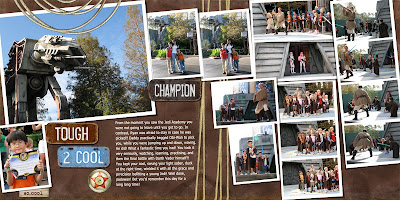 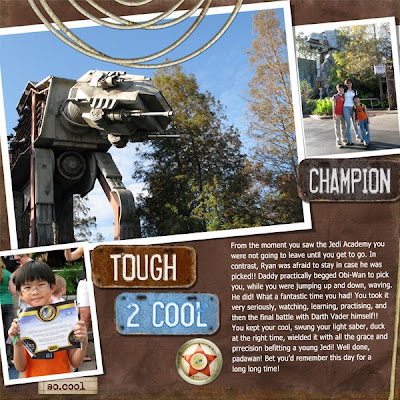 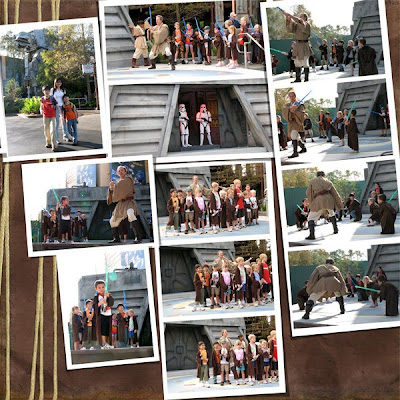 Speaking of being yourself, on dh's birthday two weeks ago, his young colleagues got him a new 'new age' man's bag, how do I describe it, like a much smaller messenger bag, that had a rounded bottom. It had a flap that was velcro closured too! I love my dh for many things, one of which is him being a man, leaving the dressing up and carrying bags to me! So I teased him no end on his 'carrying a sissy bag', and when Ryan came into the conversation, he asked, "what are you talking about?" and topped it off by "oh, you mean this purse?" !!!! Even dh laughed out loud at that one! Oh, he is still carrying the 'purse', by the way.. he says he is man enough :)

The next two layouts were of the day we spent at Island of Adventure, though we did not take any of the extreme thrill rides, we were thrilled alright, and had loads of fun! 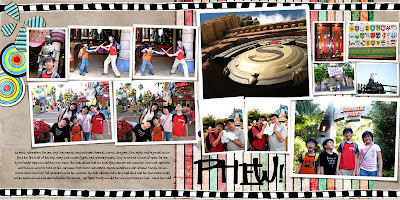 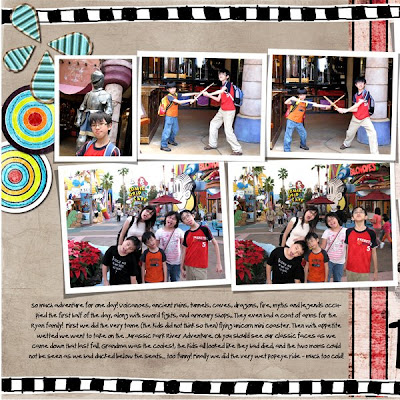 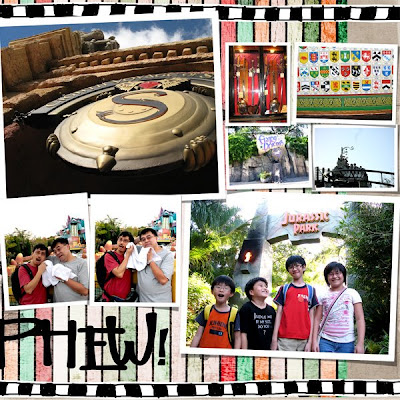 As usual, the above layouts templates are availablehere! Thanks for looking! 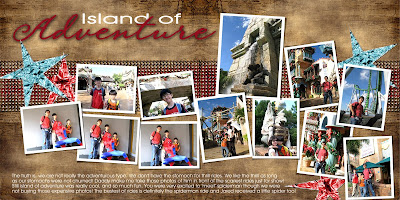 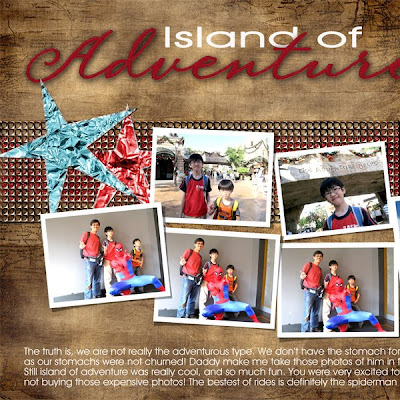 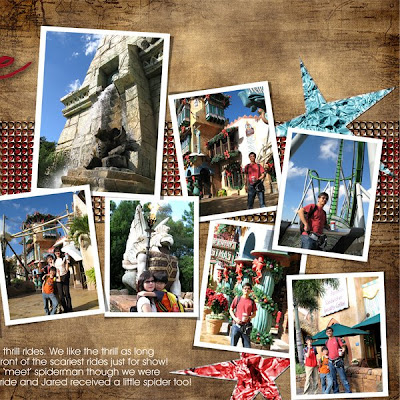 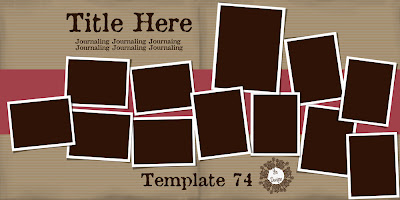 This template is now available as a set in the store HERE
Posted by Yin at 6:34 AM