Sponsor Spotlight at The Daily Digi!

I had the incredible honor of being a sponsor on The Daily Digi! Had wanted to blog about it, but just been too busy working 12 hour days this week (don't worry, it's temporary). I have loved The Daily Digi since Janet started it this year, and visit it everyday - if you haven't been, check it out, you'd be hooked. They have great articles, tips, fantastic inspirational layouts and scrapping ideas, great non-scrapping fun stuff, helpful hints, and lots more. You can see Yin designs being spotlighted in this post, it's such an honour, so exciting, I still can't get over it! :)
I have contributed the following tempaltes 144 to 147 to The Digi Files 8 - in which (for a mere $5) you can find designs by the AMAZING Lauren Reid, Ziggle Scraps, Dani Mogstad, Designs by Lili, Kay Miller, and The Digi Chick! Can you believe I'm in the same File as these designers??? I had many items in Dani's wishlist when I found she was being featured, and promptly bought them all with her sale coupon. 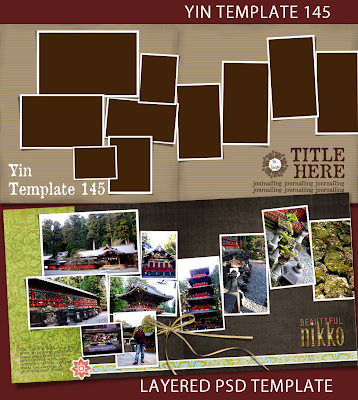 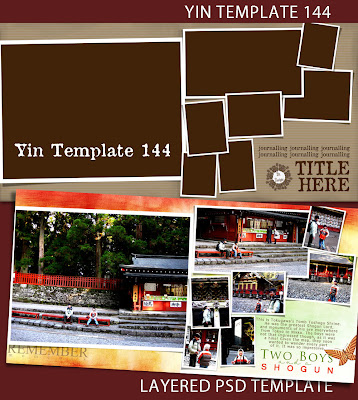 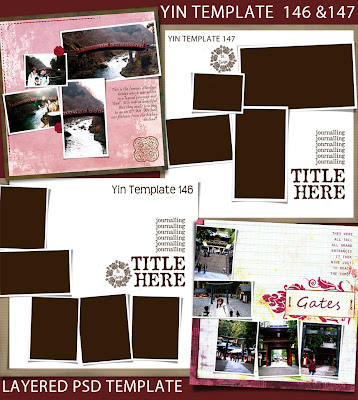 I did find time during the two weeks ago when I was on leave (I called it PSLE leave - I took leave to see Ryan through his Primary School Leaving Exams - a big deal here in Singapore - unbelievable, you'll see how hard we studied in my next few 365 layouts) to complete several layouts, catching up on my Japan album (I think I'm about half way through)
This captures the many bento set picnic meals we had while in Japan, they have the loveliest bento meals - available cheaply in their supermarkets, with the most amazing array of options, assortment, the hardest part is choosing, especially when we couldn't quite figured out what they were made of, lol. These picnics became a memorable part of our trip! The places we've ate them in! 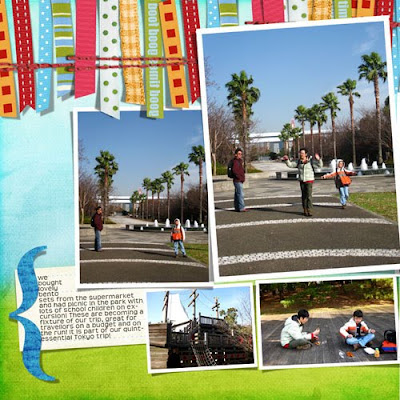 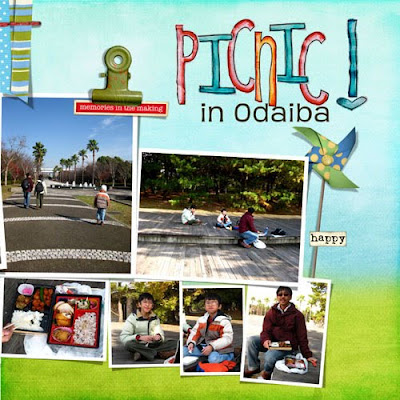 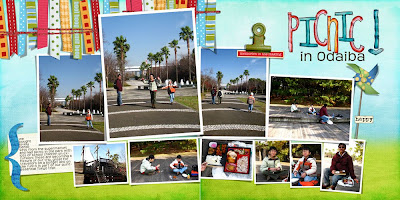 And here we are at the Maritime Museum of Science - I found it whimsical with an old time air, and very fascinating, with lots of hands on stuff - a total hit with the boys. 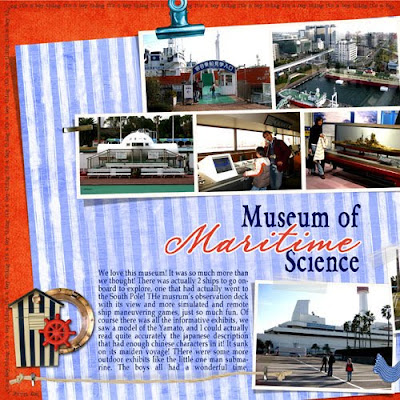 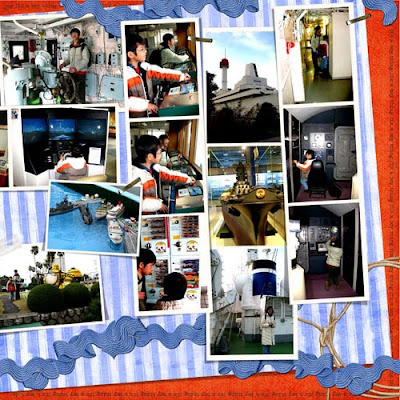 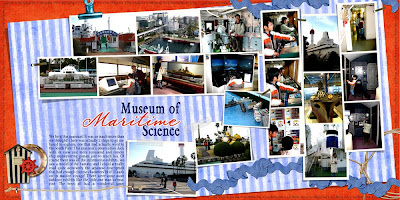 Another quinessential part of our trip was our Shinkansen journeys - Japan's super fast bullet trains - the first day of our Rail pass, we boarded the wrong local train (to the same destination) and only realised after half an hour, I know, how could we?? When we got off and found our way to the right station, a shinkansen came and zoomed right past us, whoosh! And we all went "Now THAT's a shinkansen!!!" We made no more mistakes after that! 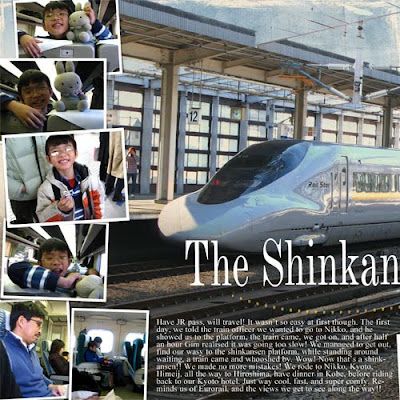 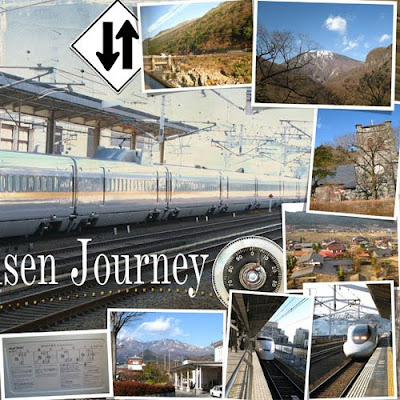 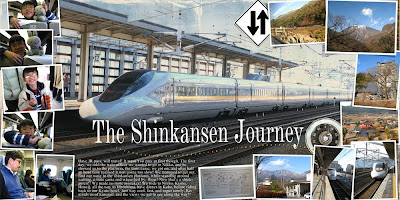 One more layout of Disneysea, too many photos, and I had to pick at least one from every scene, just didn't want to exclude them from our album! 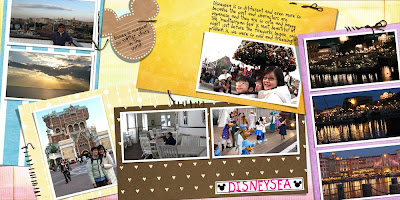 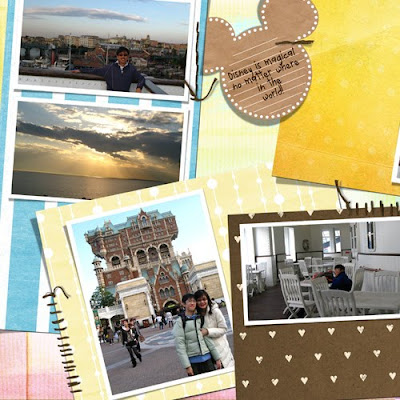 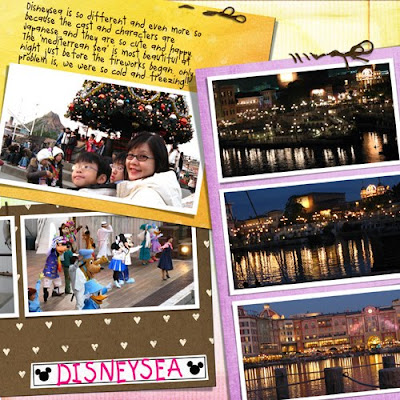 Finally, this one's from the afternoon we spent at the uber cool, ultra modern Museum of Science & Technology. 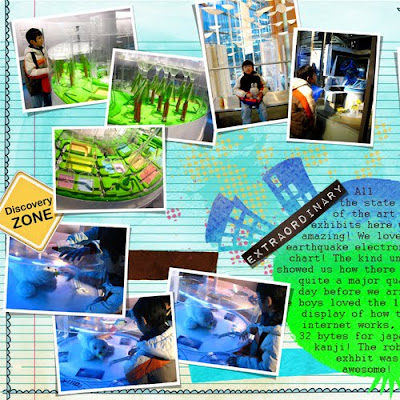 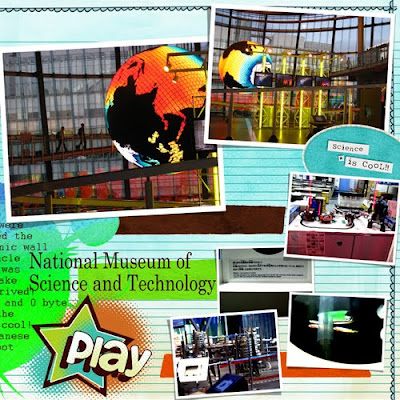 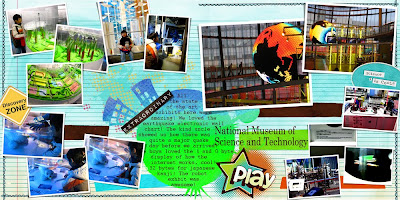 And the template for you to play 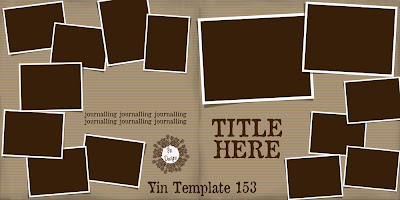 This template is now available as a set in the store HERE
Posted by Yin at 4:40 AM